The Annual Festivities In San Antonio TX You Shouldn’t Miss

Friends, couples, and families can enjoy great food, happy moments, and a few good laughs when visiting San Antonio, TX. It’s a city that boasts its rich, unforgettable history that helped shape what it is today. From the time the Spanish came to spread Christianity through different missions, to the day it was named after Saint Anthony de Padua, to when the Payaya Indians learned a new culture and a different way of life, to the revolutionary battle that helped Texas gain its independence.

These historic events have left a lasting impression on many annual celebrations within the city. 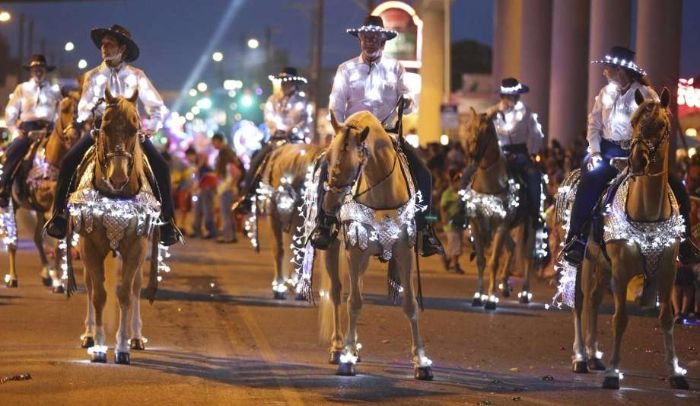 Depending on your preference and your interests, you’ll most likely find yourself visiting many different tourist attractions that will give you the thrill of your life.

Here is our list of favorite events you shouldn’t miss when in San Antonio:

Fiesta was once a commemorative event for the Battle of the Alamo and the significantly important Battle of San Jacinto which started in the 1800s. Since the first year it was celebrated, the festival was already a huge celebratory commotion. Ranchers of all kinds (with their animals), military veterans, and municipal police join the parade and throw bouquets of flowers into the streets yelling with pride “Remember the Alamo! Remember Goliad!”

Several decades later, and after an additional 3 million attendees, Fiesta has become one of the country’s largest festivals in any form. It can be considered bigger than Comic-Con, the South by the Southwest, and bigger the Coachella.

Locals in the city look forward to the crowd-crazy get-together that spans two weekends where both locals and tourists from around the world flock SA-Town for the energetic music, food of different origins, and the fusion of culture you may not find anywhere else.

Hailed as America’s Largest Illuminated Parade, Fiesta Flambeau Parade has been drawing in hundreds of thousands (an estimated 700,000) of attendees every year.

Festival attendees make it a tradition to show up in the Alamo City April of every year, and more first-time visitors continue to grow in numbers.

The parade is the culmination of the Fiesta on the eleventh day of the two-week long celebration. Spectators line up along the parade path even before the first float can grace the show. City lights, extravagant floats, and colorful costumes give life to downtown streets, not to mention the marching and dancing that will truly wake your sleeping nerves.

Día de los Muertos Celebration (The Day of the Dead) was organized in 1978 by Centro Cultural Aztlán which is centered on the Mexican Holiday. It’s a colorful commemoration of traditional and contemporary festivities remembering ancestral heritage and harvest season rituals from the Mexican indigenous cultures.

The two-day outdoor festival in San Antonio, Texas brings family and friends together to remember the loved ones who have passed. Visitors are exposed to live cultural music and performances, original Day of the Dead art and a living altar, and live poetry. Colorful dance, puppet and drum procession through the downtown of Alamo City is also observed.