San Antonio is the seventh most populated city in the country, and with a population of approximately 1,409,000, it places second in the state of Texas. Aside from it being the center of the San Antonio-New Braunfels Metropolitan Statistical Area, it straddles South and Central Texas. It is also part of the megaregion called the “Texas Triangle,” located in the southwestern corner of the state.

Moreover, it serves as the seat of Bexar County. Recent annexations have extended its scope of land into Medina County and a very tiny area near the city of Garden Ridge (Comal County). It still carries the characteristics of a Western urban center wherein there are several populated areas and a low density outside of its limits. 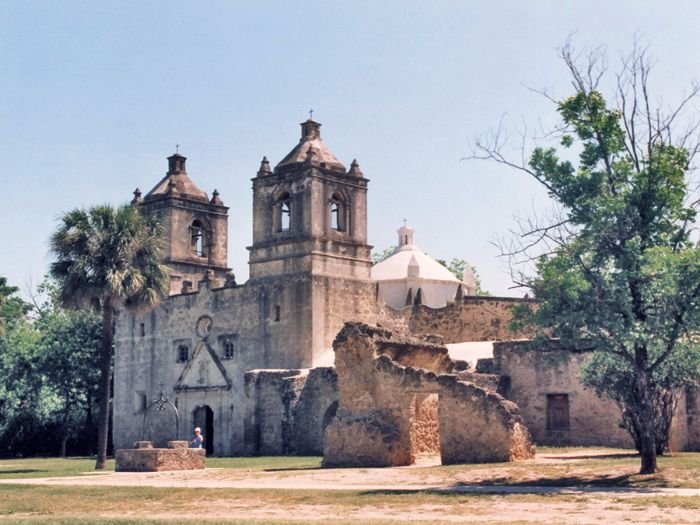 The city houses five 18th century Spanish frontier missions. Two of which, The Alamo and San Antonio Missions National Historical Park were both designated as a UNESCO World Heritage Sites in 2015. These places have strong Spanish influence and rich with stories to tell.

It is a National Heritage Park and a UNESCO World Heritage Site that preserves four out of the five Spanish frontier missions. These outposts were established through the efforts of Catholic religious missionaries to help spread Christianity within the local natives. In geographic order from the north (upstream river) going down to the south (downstream) the missions started with:

Mission San Jose – This Misión was built in 1720. It was designated as a Historic Site in 1941. The church that remained upright was constructed in 1768.

Mission San Juan – Misión San Juan Capistrano was established in 1716. It was renamed and moved to the city in 1731. On February 23, 1972 it was listed on the National Register.

And the fifth and the most popular site is The Alamo.

Mission San Antonio de Valero – this was what The Alamo was originally named. It was Father Antonio de Buenaventura y Olivares, a Catholic missionary, who saw the potential of the river bed in 1709 when he first came to visit. Tasked to oversee the struggling missions in the surrounding area along the Rio Grande, Olivares believed that the springs would be the perfect site for extending the missionary efforts in Texas. He returned in 1718 and founded Mission Valero on May 1.

Mission Valero served both the Catholic Church and the Spanish crown. In order to establish a physical presence within the state, the missionaries converted indigenous people into Spanish subjects. The conversion embedded Spanish culture and the indigenous people who converted were given access to horses, shelter, weapon, and a stable access to food supply.

Living quarters, workshops, and granaries construction were the priority at Valero after it settled permanently on the river bend on 1724. A rectangular compound gradually emerged which is now the modern-day Alamo Plaza.