The Alamo City is one of the places the Spanish explorers explored in their goal to spread Christianity across the globe. Remnants of the different Spanish missions are still evident today, and some areas have been painstakingly preserved and turned into national heritage parks by the United Nations Educational, Scientific, and Cultural Organization (UNESCO). Rich with history, these sites welcome tourists every day and provide an insight of what the historic people went through to achieve its freedom and name. 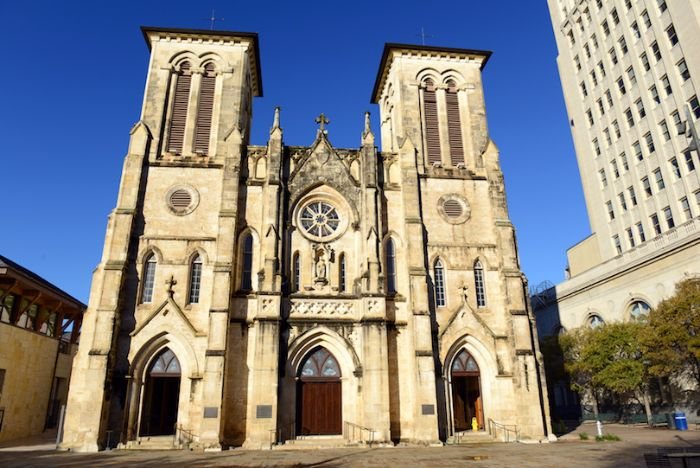 Also called the Cathedral of Our Lady of Candelaria and Guadalupe, the San Fernando Cathedral is a Roman Catholic Church in downtown San Antonio, Texas. It stands facing the city’s Main Plaza. It’s the Archdiocese’s mother prayer house and the seat of its archbishop. The dome serves as the cultural and geographical center of Countdown City. It’s listed on the National Register of Historic Places, and also know as the “Church of Nuestra Señora de la Candelaria y Guadalupe.”

The original structure was built between 1738 and 1750. Named after Ferdinand III of Castile, the cathedral was built by settlers from the Canary Islands, the Virgin of Candelaria patrons.

The St. Joseph is a parish church in San Antonio Archdiocese, located at 623 East Commerce Street in downtown. It is the fourth house of worship within the city. Its location is most likely the second location of the first Spanish mission (The Alamo) before the mission was moved in 1724 to its present location.

In 1868, the cornerstone was laid out, and construction saw its completion in 1871. In 1870, Friar Henry Pfefferkorn, who founded the male singing choir Liederkranz, painted the Annunciation and Assumption mural on the side altars. Joske’s department store offered to buy the land in 1944 with plans of developing it commercially. The church and its parishioners unanimously refused the offer, so instead the developers built the mall around its three sides. Today, Spanish-language masses are held accompanied by mariachi music and the Liederkranz sings once every month.

St. Mary’s Church is the second oldest house of worship in San Antonio TX, second to the San Fernando Cathedral. In 1852, the Rt. Rev. J. M. Odin, first bishop of Galveston, purchased the land where the church stands today after realizing that a second prayer house was needed for the many non-Spanish speaking worshipers. Within the same year, the Bishop invited the Brothers of Mary from France to open a boy’s school on the church’s east side. In 1960, the Brothers of Mary sold the property to the La Mansion Hotel developers.

Rev. J. M. Dubuis, the rector of San Fernando, collected funds in the Alamo Cit,y and more in Galveston and New Orleans, to fund the new church construction. The newly built worship house was dedicated to the Immaculate Conception and Father Dubuis served as Pastor of San Fernando and St. Mary’s, where two Sunday masses are held – one for the English-speaking parishioners and for the Germans.